Ready for a big belly? 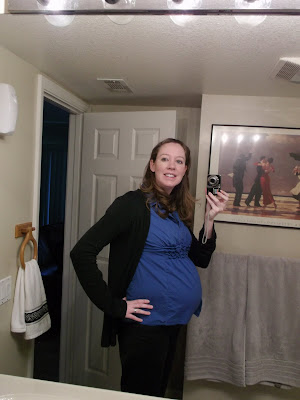 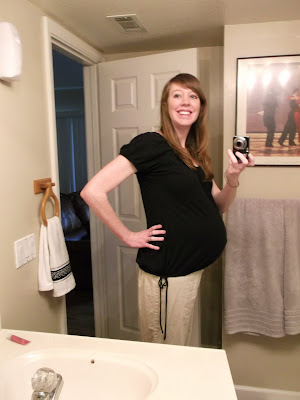 Yes, I have been taking pictures of myself like every day. Do you like my downstairs bathroom? It's the only place in our house that has a picture on the wall!

So there are, as I like to think optimistically, 2-4 weeks left until we meet our little guy! I'm still feeling pretty good. Tuesday after work I had a mini breakdown because I was so uncomfortable and tired. I tried laying down on the couch in my pjs and was getting kicked in the ribs and then he got the hiccups! I think Monday I was getting dressed and I made a comment about how huge I am and Hubby looked at me and goes, "I didn't realize how big your belly had gotten!" Then the other night I was lotioning the belly and he was brushing his teeth and the belly scared him out of the corner of his eye. I said, "What, did you think you saw a hippo?"

I've gained about 24.5 pounds according to the nice scale at home. We won't talk about the mean scale at the dr's office. My clothes and shoes must weigh like 4 pounds! I'm still substitute teaching a few days a week. I'm trying to encourage all involved in my life to think of it as something to keep me from getting bored now not really something to pay the bills.

We have been having fun talking and playing with little man. Hubs and him have little games they play. I usually just encourage him to kick Daddy. I swear the child now knows the sound of Hubby's alarm. It scares me a little how much the baby sleeps at night but as soon as Hubby's alarm goes off the kid starts dancing. I'm really hoping he will have the same habits once he arrives.

Hubs got the crib up this week which I wasn't expecting. The nursery is pretty much done except a few things we are waiting to get with our 10% offs from Babies R Us and Target. We also need to decorate the walls. I am going to be a featured mama pretty soon on Jen's blog. I will let you guys know so you can hop over there and see new nursery pics.

I had the quickest dr's appointment today I've ever had. She listened to baby's heartbeat said he was happy. Did the quick little strep b swab test and I was done. I'm hoping next week when I see her she'll tell me if I'm dialated and if his head is down. I'll probably ask if she doesn't say anything. This week I asked what number I'm supposed to call if I think I'm in labor.
Posted by Meagan at Thursday, March 31, 2011 14 comments: 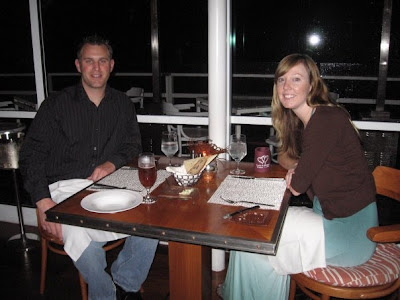 I think I saw another couple in a magazine do coozies for their wedding favor and right away I knew we had to do it too. Our family goes camping every year and our friends and family love to bbq and have beers and coozies are a must. What better way to always remember our special day?

Now it is my brother in law's turn to get married and they are stumped on what to do for wedding favors. I'm sure all of you amazing wedding planners have great ideas for them. They want to do something inexpensive. Their color is eggplant. They are getting married at a golf course and both love to golf (just gave myself an idea with that one, they could do balls or tees). The wedding is June 4th and I have a feeling my butt will be helping with favors and since I'm 5 weeks away from having this kid and his nursery isn't done let's make it something easy! They both like to bowl. Ashley suggested heart wine stoppers which I might suggest to them. Ok so let me hear your ideas!
Posted by Meagan at Wednesday, March 23, 2011 10 comments: 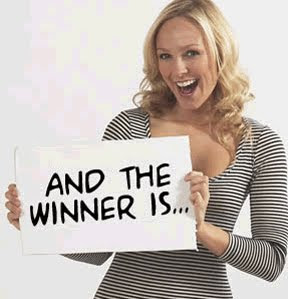 We aren't telling!! Tricked ya!


My husband and I made the decision to keep our baby's name a secret until he arrives. We decided this for several reasons. Honestly, we have heard baby's names before the baby was born and thought "Oh, I don't like that name!". Why didn't want anyone thinking that about our baby name. We also didn't want to hear about the weird guy they knew in high school that had the same name or whoever they knew with the same name. We felt like once you see the baby you might think the name is better and might keep your stories about weird people with the same name to yourself. Now it is to the point that I want to week 5 or so more weeks because I think it makes it more special.

We picked two names on 12-24-10. One we are 99.9% sure is going to be our son's name. The 1% is if he arrives and doesn't look like that name we'll go with the back up. Recently we've been using the name more and telling random people the name. We were having so much fun! I think Friday night or another night earlier in the week as Hubby and I were falling asleep I double checked with him that he still liked the name and feels like it is our son's name. He said yes.

I hesitate to type this because I'm worried my mom might read this and figure out what our son's name is. Mom, like I said before, I think it makes it more special if no one knows his name until he arrives. So please don't use your detective skills to figure out his name. If you do figure it out don't tell me or anyone else! This weekend we found out an acquaintance named their son our son's name.

Our son's name is in the top 100 baby boy names for 2010 and we know other people have the same name but it just kind of took a little bit of that specialness away. Instead of the vision in my head of us introducing our baby boy to everyone and them saying, "oh how cute!" I am imagining them saying, "oh yeah so and so just named their baby that". I know he will be way cuter and they aren't that close of an acquaintance so it will be ok. Just know I will for sure be tweeting if I get some smartass comments. Neely knows this has been our son's name for months! Neely please don't accept bribes to tell the name. Our family is crazy that probably will offer you a lot of money to tell!

Part of me thinks if we had told people in December, this other baby boy's parents may have heard what we were naming our baby, and not picked the same name. But you can't go back in time. All you can do is blog about it and maybe someone else will be saved from the same experience. I asked Hubby if he wanted to pick a different name and he said no. I don't want to either. We aren't so good at picking baby names. We have our back up name and our girl name and we are sticking with those for #2 and if we are crazy enough for #3. We will be telling people the name next time.

We also discussed just telling people our son's name since it kind of feels like the surprise is ruined. I'm honestly worried some people may try to tell us reasons why we should change his name. I don't want to hear that! So we will keep it a secret for 5 more weeks and deal with whatever comes our way. You wouldn't believe how crazy people are about trying to figure out his name! I guess people don't like waiting for surprises!
Posted by Meagan at Monday, March 21, 2011 16 comments:

Weekends are too short!

This weekend we finally got busy on little man's room. I washed all his hand me downs and gifts and got them organized in his closet and dresser. I think I knew he had a lot of clothes but I think I underestimated it.

I was planning on washing and hanging up all his clothes. So I didn't organize things before I washed them. As the first two loads of laundry were finished I quickly realized that I didn't have enough hangers for all his clothes. I could have bought more hangers but I was thinking we would end up with a lot of empty hangers once we started putting stuff away that didn't fit him.

So I washed all his clothes so I could know how much stuff he had in each size. We only had enough hangers and drawer space for newborn, 0-3, and 3 month stuff. He has a ton of clothes for bigger sizes in a storage bin all organized so when he is out of the newborn stuff I can hang up the 3-6 months stuff and be ready for him to get bigger!

You know how baby clothes can make your ovaries ache and give you baby fever. Well when you are pregnant with the baby it makes your arms ache to hold him and dress him. 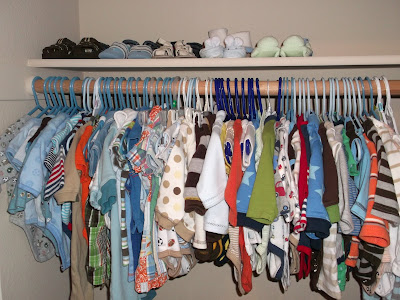 Look what his Daddy built him! 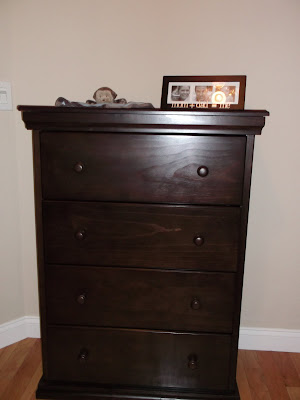 I can't tell you what a pain in the butt this dresser was. I wrote a long detailed story about what a pain it was and how awesome Babies R Us is and stupid blogger lost it. Blogger and I are in a fight right now. I'm not writing it again. Summary is Babies R Us rocks! If you haven't already bought furniture buy the stuff that comes already assembled. We didn't know most of their stuff does! 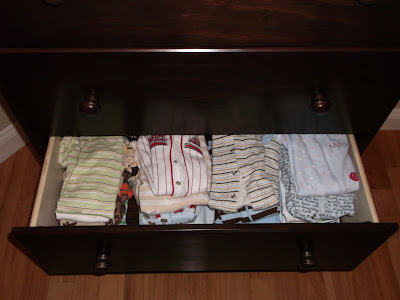 Linking up with Mama Dew this week!
So what if... 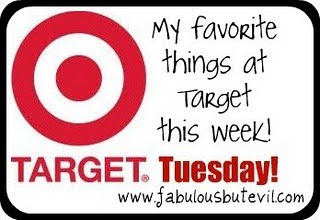 I'm linking up with Tara at Fabulous But Evil for today's Target Tuesday! Mama is going to have a good time at Target this weekend. We got a couple items that we are going to return for some $. I also have a gift card and coups!

I already bought this maternity shirt in gray on clearance. I have a coupon for 20% off so I'm probably going to get it in another color. This was the only color that showed up on the interent and I don't really know how to save the pics without them being tiny. Enjoy!

I also have a coupon for diapers and we need more! We were going to put on the invitation to bring a pack of diapers to play an extra game but we forgot. Luckily we have saved tons of money from hand me downs that we can still afford diapers, I think.

Coupon for wipes too!

My dad said this movie was pretty funny and I wanted to get it for the hubs to maybe watch in the hospital. I need to find out if the hospital has blu ray players (I'm guessing no) on our TOUR! this weekend!

There is a ton of other baby stuff we still need to get. I have no clue when Target will be sending us our 10% off for everything on our baby registry. Maybe Tara can use her connections!
Posted by Meagan at Tuesday, March 08, 2011 8 comments:

So, I wore the dress that wasn't the popular choice. I probably shouldn't have but I did. 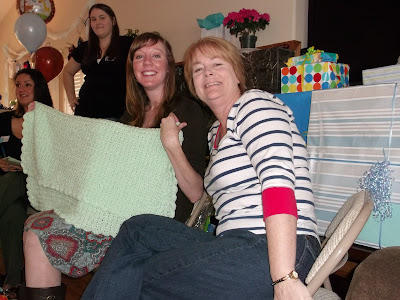 My aunt makes these blankets for all the babies in the fam. We call them googas. 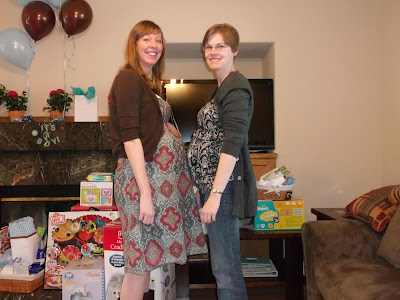 My cousin is 5 weeks behind me! 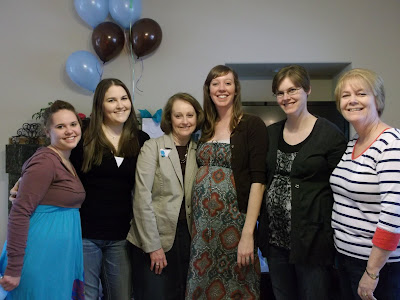 
These are all the pics of me from my camera. There were a couple of me opening presents but I had a double chin so those are deleted! Our son was spoiled rotten. Our family and friends are too generous. We are so blessed! Now its time to get his room organized!
Posted by Meagan at Saturday, March 05, 2011 11 comments: